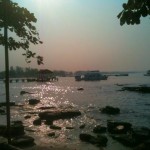 After 5 days on the south coast in Sihanoukville, we can totally understand the mixed views that were in the guidebooks.

On the one hand, there’s the view from our lovely breakfast/lunch/dinner bar that is quiet and pure bliss with the only noise some very chilled out, and quiet, Reggae music and the sound of the waves against the low sea wall. On the other hand, we walked to the other side of the small pier and were confronted with wall to wall bars, pretty much out in the open prostitution and very, very drunken people wandering around at 10am shouting “whay hey !!”, still obviously on their drunken session from the night before. A true mix and all within 5 minutes walk.

Sounds like we had a fortunate choice of guest house for some relative peace and quiet. Again, the mix of good and bad. The bar area is good, the food excellent, the people who work here friendly and efficient and the little bungalows look good from the outside. However, these bungalows need something more than a quick lick of paint and should get some real TLC / repair.

For all its faults, we’d recommend the Aquarium Guest House, especially if you want a little peace from the madness so close by. Staying 6 nights instead of the 3 we had booked says it all – and this is not down to our inertia (read: laziness), which will be reaching a peak in the next few days. See the next post for further details of our plan for next week or so. 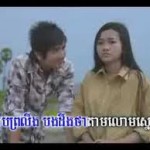 Matt, the owner of our hotel in Siem Reap, told us that Khmer people are very conservative. He described the local Lovers’ Lane as being a place where teenagers gather to do nothing naughtier than flutter their eyelashes at each other.

This was brought home to us during two long bus journeys, during which we were subjected to loud and repetitive karaoke DVDs. Despite the ear-bleeding volumes, the ‘music videos’ were a fascinating window on Cambodian romance.

The twenty-odd videos we saw all followed roughly the same script: boy spots girl through vegetation; boy impresses girl with manly presence and sweet endearments without ever actually touching her, and barely meeting her eye; they are both transported by the vision of the bright and happy future awaiting them; horrible disaster (road crash/disapproving family/tragic illness) prevents their happiness. That’s it – not even a saccharine sweet promise to meet in heaven because, mostly Bhuddists, Khmers don’t believe in an idealised afterlife as such.

The most risque vid featured a girl in a bikini so unrevealing it might have been lifted straight from 1952, a man hovering around behind some bushes in a creepy way, and lots of shots of bees, flowers and rushing rivers.

These musical epics were interspersed with the Cambodian version of Ready Steady Go, featuring more love songs and a studio full of ‘teens’ easily in their thirties dressed for a 1950s school prom. All danced in pairs, but never touched. Slow dancing here relies heavily on graceful, repetitive hand movements and gently shuffling from side to side (adding to the school dance ambience).

It’s very, very sweet but not the only story. Like every country in the world, there’s a far seamier side to Cambodian romance, which involves the exchange of hard cash, crime and exploitation. But, let’s face it, the 50s wasn’t really anything like the movies anyway – we were recovering from war and social structures had been stirred. However, we enjoyed our brief visit to a fictional, more innocent age. 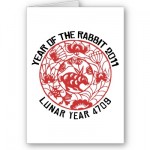 We managed to defy Don, Glenn and the lads to manage to leave Hotel California 2 in Phnom Penh.

After a journey sold to us as 4 hours with only 1 stop (actually 6 hours with 7 stops), we have arrived in the south coast of Cambodia in a place called Sihanoukville. This town has very mixed reports in guidebooks, from seedy and overdeveloped in one to friendly and chilled out in another. We have 3 nights here to see what our humble opinion is.

After a trek of almost 10 metres to the hotel bar/restaurant, last night brought a perfectly acceptable prawn curry for Allan and Chloe, going for the traditional Khymer option, had sausage, mash and gravy (yum!). This was accompanied by Chillax music, waves breaking 2m away from us and general chit-chat from us, some other tourists and the cute kid of the owner. Loud bars seem to be far enough away and a good nights sleep was only stopped near sunrise when Chloe discovered a cockroach in the bathroom. The hotel has fumigated the room, so hopefully that’s the last one of them we’ll see for a while!

For the fourth time this holiday, we are in SE Asia for a new year. This time, it is Lunar New Year, the year 4709 and the year of the rabbit. So happy new year to all – again!! 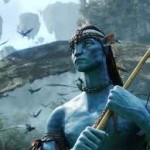 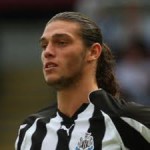 Keeping with the song theme, woke up this morning with the news that NUFC had just sold Avatar look-a-like Andy Carroll to the red half of Liverpool. £35m is silly money for a player who has only played 30 odd games in the top flight and with his questionable re-fuelling and other habits. None of it being invested back in the team immediately, or likely to happen in the future, will undoubtably mean struggle for the Toon in the next few months. Still, we do have Shola. Tongue firmly in cheek there.

As for Carroll himself. Just think if you were offered a job at 4 times currently wage at a historically better company with your current company saying they didn’t want you any more. ‘Nuff said.

I bet the bar/club owners of Merseyside are rubbing their hands.