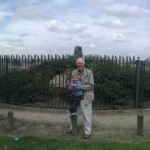 As some of our dear readers may know, I have done a bit of a family tree research. Far too much according to Chloe, as this is a pursuit that should be left to keep me busy in retirement.

However, a couple of weeks ago I discovered a link from my mum’s maternal grandmother, Clara Jane Bentley, to another person’s fantastic information on Ancestry.com.

The first new names were my 7x great grandparents James (b.1699) and Grace (b.1697) and the next 9 generations, all living in Yorkshire. Back several more generations and the family was living in a place called Bentley-Haye near Cannock, Staffs. Then we had a change of surname for John de Bentley (b.1288), back to Drew de Bentley (b.1100) and 3 further generations back to a guy simply known as Dreux the Norman (b.1040).

French-born Dreux and his son came over with William the Conquerer. They were given land in thanks for their support of William during the England invasion. It was named Bentley-Haye because it provided hay for the King’s estates.

Fascinating. And in honour of my distant and more recent rellies, attached is a photo of Bentley cairn near Bentley-Haye. Pictured are Dreux the Norman’s 30x and 28x great grandsons, taken by his 29x great granddaughter (otherwise known as Uncle Lewis, first cousin once removed Aiden and cousin Sue). Hope the visit was interesting! 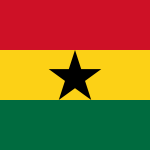 Ghana no longer a HardCow destination

Heard the reports about Ghanaian officials calling for the arrest of all gay people in the region. Wrote to the Foreign Office to find out the UK Government’s position on this. For anyone interested, and for what it’s worth, here is their response:

Thank you for your email dated 22 July 2011. I have been asked to respond as the Deputy Head of West Africa Section.

The Regional Minister for the Western Region, Paul Evans Aidoo, was reported as having ordered the immediate arrest of all homosexual people in the region.

The Minister was quoted as saying that “all efforts are being made to get rid of these people in the society”. His office have claimed he was misquoted. We are not aware of any gay or lesbian Ghanaians or foreign nationals being targeted or arrested as a result of these alleged remarks.

The Government believes that human rights are universal and should be applied to everyone, regardless of their sexual orientation or gender identity. As the Foreign Secretary has made clear on many occasions, the promotion of human rights is at the heart of our foreign policy. All of our Embassies and High Commissions have a responsibility to monitor and raise human rights in their host countries. As well as diplomatic lobbying, we encourage UK missions overseas to seek out appropriate opportunities to promote human rights and prevent discrimination, including on the grounds of sexual orientation or gender identity. We have raised these issues in private on a number of occasions with Government officials and other senior figures. We will continue to do so.

The Ghanaians are fully aware of our concerns. The DFID Minister Stephen O’Brien was visiting Accra at the time of this incident and he took that opportunity to immediately make representations at the highest level about our concerns about the recent alleged statement. He conveyed a message directly to the President’s office making clear that the UK treats such statements as unacceptable and seeking assurances from the Government of Ghana that this is not a matter that they’re going to pursue or give any credibility to. He was assured that the Ghanaian Government would take all steps to address our concerns.  Our High Commission in Accra and the Foreign Office in London continue to monitor this situation closely.