The brothers came from Madrid and London. Trains & planes at stupidly early o’clock were all just about on time and our arrivals were greeted with huge downpours of rain – a traditional Barcelona greeting for us Geordies. 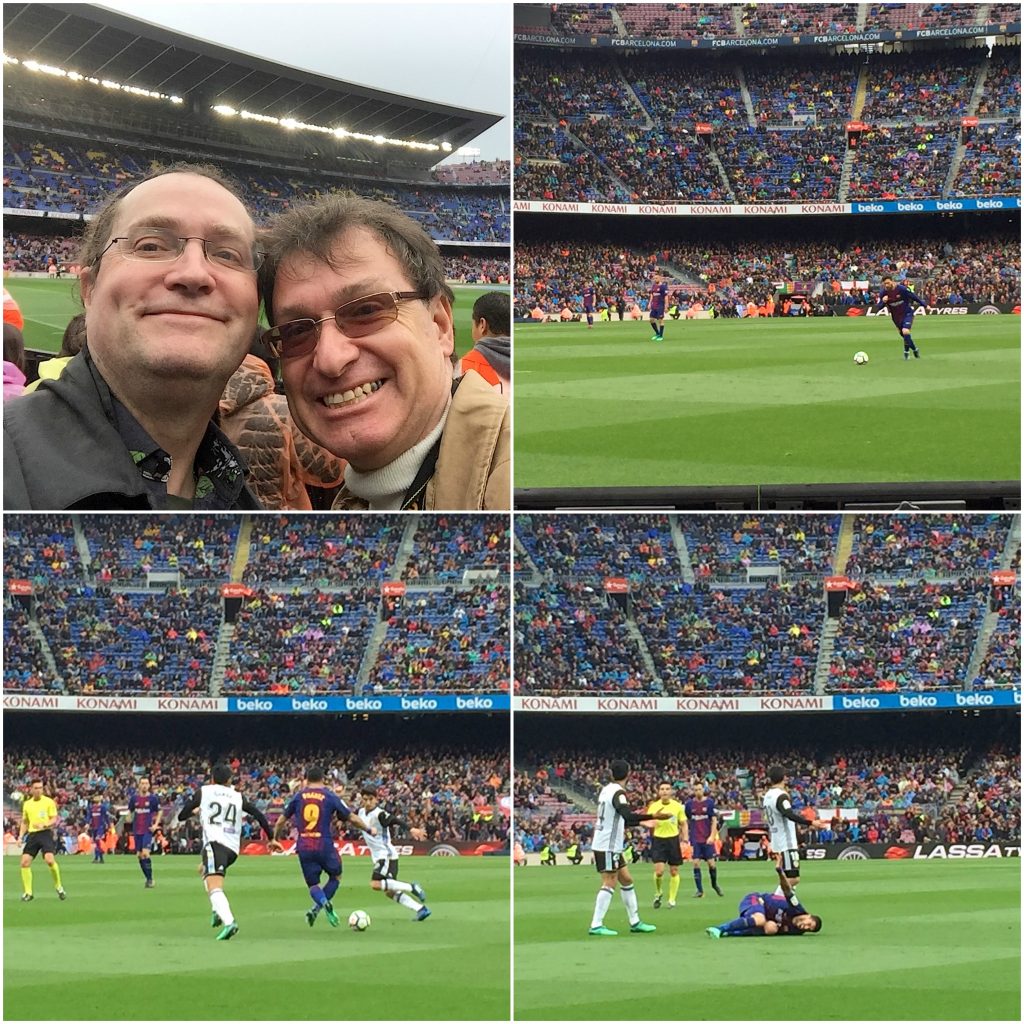 The main event (apart from seeing each other of course!) was Barcelona vs Valencia. Maybe it was their champions league exit, maybe it was the rain, maybe it was because it was on a Saturday afternoon, but there was a remarkably low-key atmosphere with plenty of empty seats.

The football was absolute quality, Suarez scored early against the run of play, Valencia had one cleared off the line and another off the bar. A Sir-Les like leap by Umtiti looked to have won the game for Barcelona with Iniesta truly sublime. However, Valencia didn’t give up, they scored a late penalty and very nearly got a last-gap equaliser. Valencia can count themselves very unlucky to lose 2-1, but we saw a piece of history as Barca have now broken La Liga’s record of games without defeat. 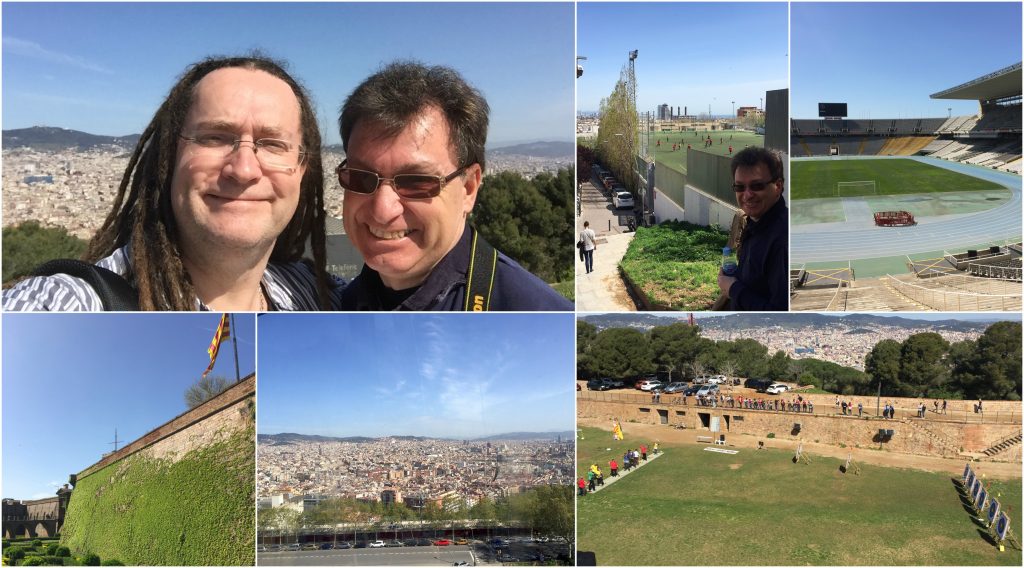 Sunday was blazing with sunshine and your correspondent actually got a little sunburnt by the end of the day. A great trip to the hills around Barcelona via metro, funicular and cable car to see the majestic castle, huge vistas over the city & port and a bonus of seeing an archery competition in the castle grounds. The darker side of Spain was seen here. In 1940, the Montjuic Castle was used for the Franco-approved imprisonment of Lluís Companys, the President of Catalonia, after being extradited from another European country. A sham trial and execution followed.

Such history is all too familiar and relevant for the present day. We walk down the hill, see the Olympic Stadium named after Señor Companys and arrive at a massive demonstration with over 750,000 people. It’s a colourful and peaceful demo, everyone dressed in some sort of yellow who are demanding a Catalan independent state and the release of Catalan leaders who are being held in prison.

We decide to abandon the rest of the afternoon plans and head off to our respective airport and train station a bit earlier as Metros are very busy and there’s no way we’d be able to have a leisurely walk around the centre of town. This did allow some time to listen/watch Newcastle’s wonderful victory over Arsenal, so a great weekend finishes exceedingly well.

A special mention to the food in Barcelona; Tapas on Saturday afternoon, Japanese on Saturday night and Pintxos on Sunday afternoon were all fantastic. I still don’t understand why all people who live around here are not morbidly obese. I feel like I have put on a stone in weight by just being in this wonderful city for barely 30 hours.

Thanks for the company ‘bro, we’ll do it again soon!