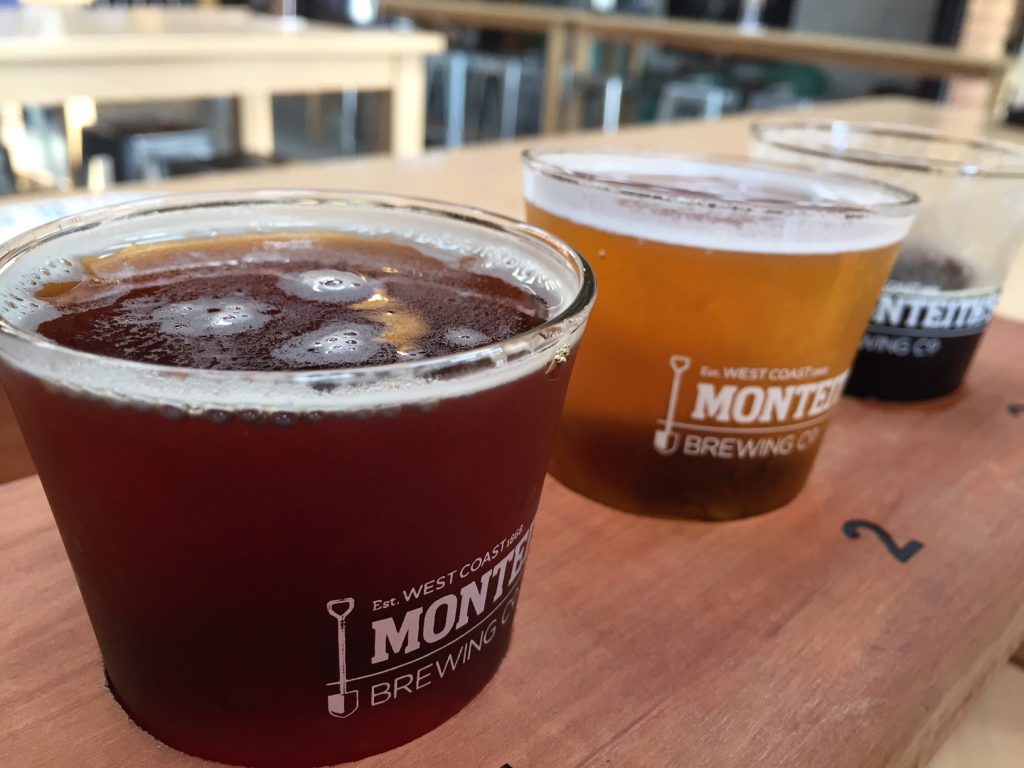 We have just a couple of hours until we leave Greymouth – just long enough for a tour of the Monteith’s Brewery.

Back in 2001, this brewery nearly closed forever. To be honest, it’s hard to imagine the original Mr Monteith ever dreamed his business would last so long. From what we read in the history room, he was a bit of a chancer (for readers of Terry Pratchett, think Moist Von Lipwig). However, a takeover by mega-brewer DB saved the site, most of the jobs and gave it the role of keeping Monteith’s West Coast history alive by dedicating it to a craft beer range. Seven beers at any one time, with a new arrival rotating out an old one every few months.

Two brewers, one master brewer, and a handful of other staff keep this pint-sized but productive brewery going. At bottling time, everyone lends a hand. You can sense a strong bond here – some have worked together for decades and our tour guide has know them since she was a kid, following her mum around when she worked here! 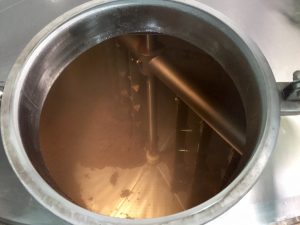 We get to meet the brewing team, see the last of the malt being drained and the resulting syrupy mixture already starting to boil in the vat. The tour doesn’t take long – there are just a handful of vats – but it’s fascinating.

The steamy, hoppy atmosphere is the thing that hits the senses most powerfully and is probably what we’ll remember longest.

Finally, a chance to taste the final products – we choose a mixture of dark beer, pale ale, lager and IPA. We don’t have long, though, so have to knock them back swiftly. Chloe doesn’t manage to finish hers but you can tell from Allan’s slight weaving that he has!

We board the bus to Hokitika feeling very mellow. Luckily, it’s just a short hop…