A last minute decision to see another event resulted Allan taking a trip to Lee Valley to see the men’s Canoe Slalom.

There are some sports at the Olympics such as running, swimming and even throwing that we all probably did at school. Others like Boxing, gymnastics, cycling and rowing some people do for hobbies but obviously not to Olympic standard . The Canoe Slalom I struggle with. How do these Olympians do this sport so well? It looks totally impossible to get through all 20 odd gates in gushing water and stay upright in less than 100 seconds – it’s even impossible to do on the Playstation London 2012 game.

I gasped when the Team GB world champion missed out on the final, cheered on the Slovakian as there was a massive group of fans near me and admired an amazing run from the Frenchman that blew his rivals out of the water – well, not literally, that would be cheating. But, for the sheer guts, skill and strength, I think they all deserve some sort of medal.

To the sounds of La Marseillaise and the pouring rain, Allan made his way back to Vauxhall looking a bit bedraggled but happy to see yet another fantastic Olympic event. 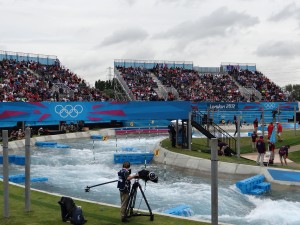 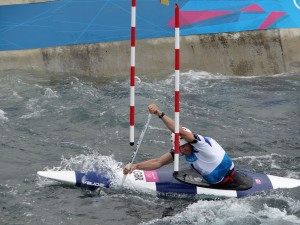 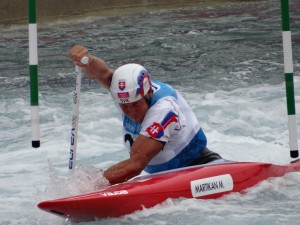 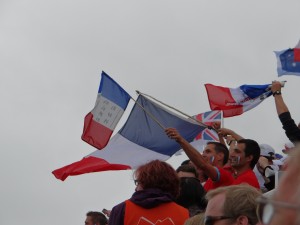