Allan: I know it’s been around the country in the last 10 weeks or so, but the Olympic flame passing by my work place has just raised my excitement up a notch or two. To quote Dave, on a scale of 1 to 9.58, the excitement levels are now 9.56. The excitement continues with the 3 days of Athletics, 2 days of Archery, 1 day each of Football, Handball, Sprint Canoeing, Boxing and I’m sure I’ve missed something. Cool.

Photos below of the handover of the Olympic torch for its journey to Buckingham Palace (if you’re interested, the guy was from an amazing disaster relief logistics charity called Map Action). Also included, a bonus photo of some ridiculously glam members of the Russian team walking around Parliament Square. #whosthatgirl. More posts to come in the next two and a bit weeks. 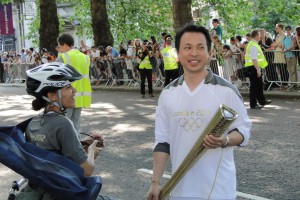 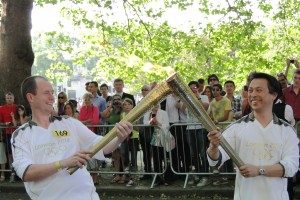 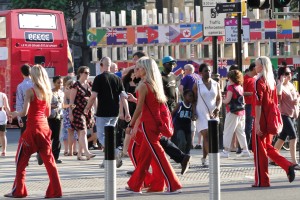 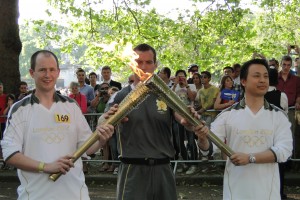