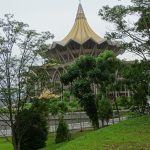 We’ve left the Malaysian mainland for Sarawak (part of Borneo) and the administrative capital, Kuching. It’s another riverside city in which two ages collide. Tiny taxi boats are the quickest way to get from one side of town to the other and there’s an old Chinese temple or mosque around every corner. They all exist alongside shiny, air conditioned malls and dual carriageways.

On our first day, we discover a bit of Kuching’s past and present. We pay the boatman one Ringat (about 20p) to take us across the river to the foot of the new state legislature – a golden-roofed behemoth that some locals call ‘the lemon squeezer’. Chloe has a soft spot for parliamentary buildings but this one is bemusing. It’s vast, surrounded by fences and not easy to get to. Its designers boldly ignored the goal trend for openness and transparency in democratic buildings and instead went for the full bling! 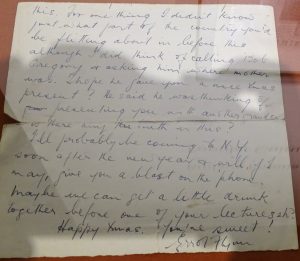 Next door is Fort Margherita and the James Brookes Gallery. His name crops up a lot here. He was the first of the ‘white rajas’ and the exhibition tells the story of his family’s rule.

There is some evidence that the Brookes era was unusually peaceful, in global terms, and there are multiple documents stating Brookes’ desire to run a state in which all tribes, races and religions had equal status.

It’s worth noting, though, that he was gifted Sarawak by the Sultan of Brunei for putting down both pirates and local insurgents with massive firepower and that, despite repeatedly saying that the ultimate goal was self-determination for Sarawak, it did not happen while his family was in charge (from 1841 to 1946).

There was some light relief from all the confusing colonial ethics in a flirty letter from Errol Flynn to one of the later Ranees. He says “I’ll probably be coming to NY soon after the new year and will, if I may, give you a blast on the phone. Maybe we can get a little drink together before one of your lectures, eh? Happy Xmas. You’re sweet!”

After the Fort, we walk up through the administrative district, which boasts lots of very large buildings, hundreds of parked cars but very few people on the streets. A whiff of ‘I Am Legend‘ here and, as a result, it’s both very peaceful and a bit spooky. Eventually, avoiding slaughter by the infected last dregs of humanity, we make it to the Orchid Park. 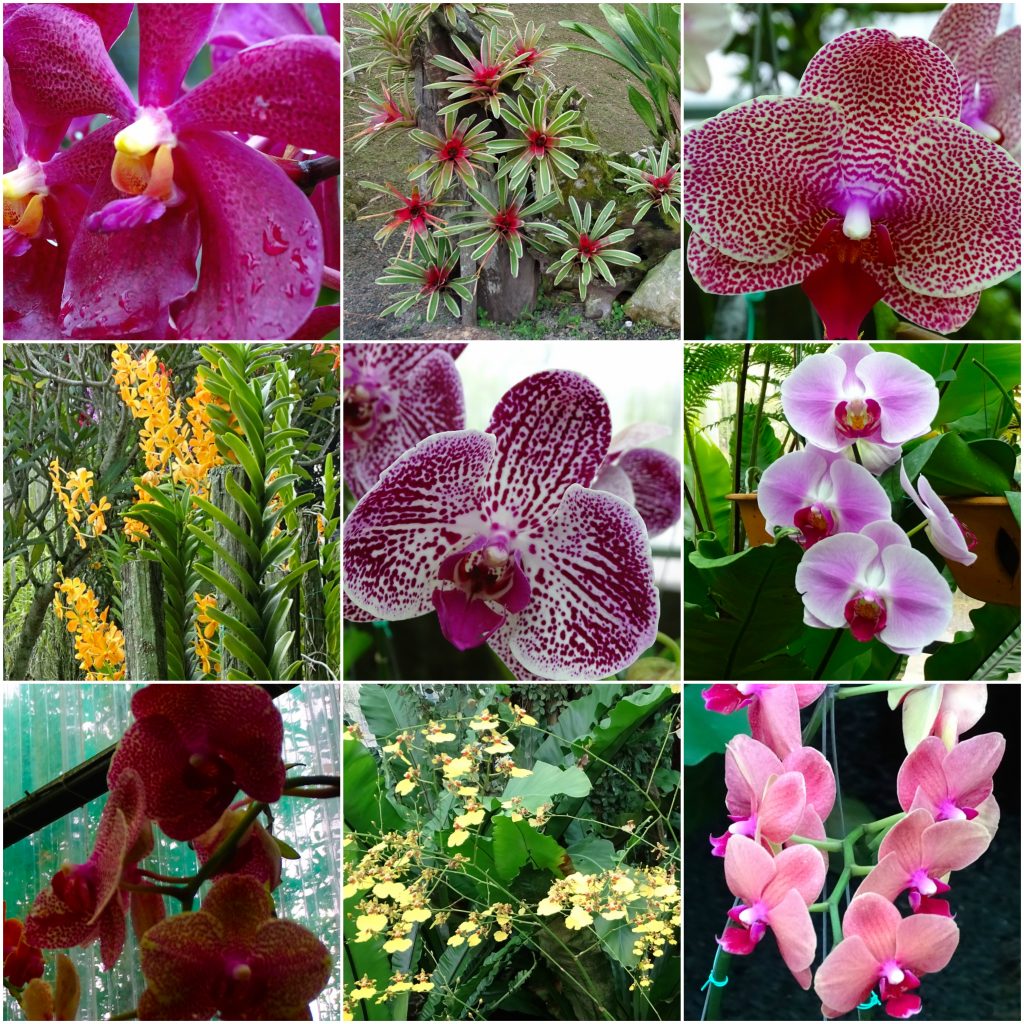 Incredibly, it’s free to get in. A mini Kew Gardens awaits, with dozens of orchid varieties hanging, climbing and growing out of little nooks. The ‘cold house’ is particularly spectacular, though the giant rotary fans built into the walls at each end do continue the post-apocalyptic aesthetic.

Finally, back across the river for breakfast of nasi lemak and cappuccino: the perfect actual and metaphorical combo.