We have now arrived in Sigiriya which is famous for its ancient rock and the numerous steps up to the top of it, but more of that in a future post. 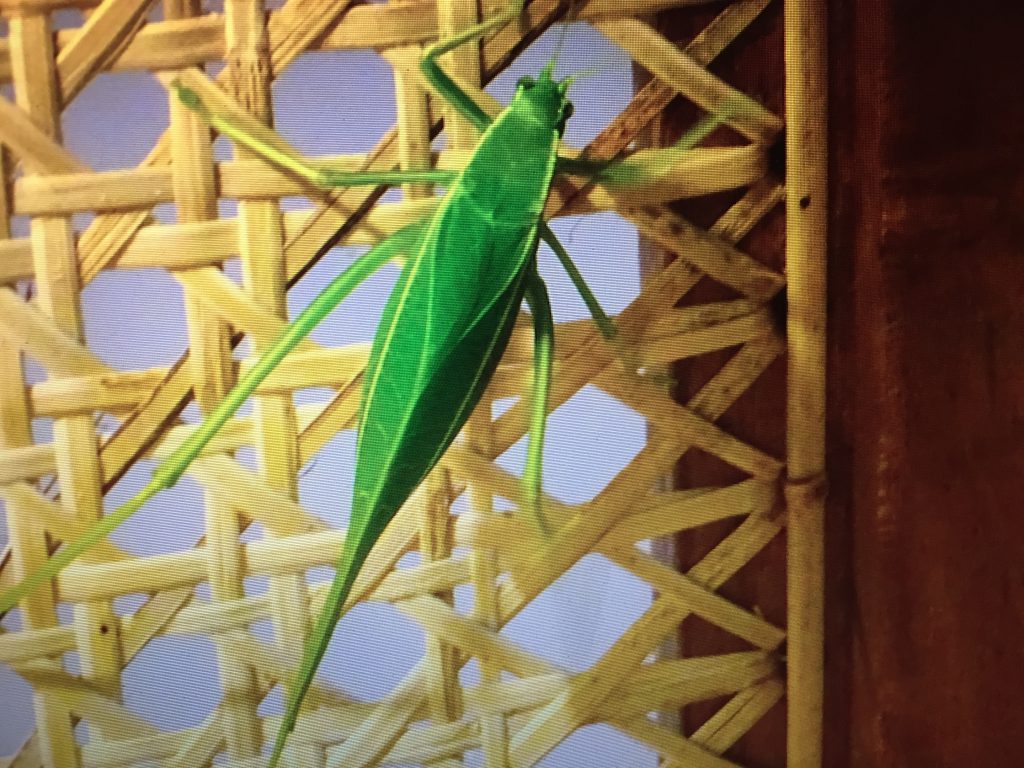 However, we seem to have made friends with a magnificent leaf insect. It has appeared twice on our patio area, the first time we genuinely thought it was just a stray big leaf from the gardens at our hotel and second time we can confirm that these things fly. We have named it now, so will be very disappointed if we don’t see it again.

Our hotel here is the best we’ve had in Sri Lanka, although that’s not been a huge competition.

Nice and spacious rooms, barely 200m from the entry gate to the rock and lovely gardens are the plus points. The negative points is remarkable rubbish internet (I’ve had to do this post on 3G on my phone and had to take a photo of L McLF from the laptop screen), food being stupidly expensive for here and fairly clueless staff. Fortunately, there’s cheap and great food at 20% of the price next door to the hotel.

However, a special mention to the laundry service provided by the hotel. We had a fair bit, 2 carrier bags full after previous hotels didn’t provide a full service. However, after adding up their charges, it was going to cost over £150 to do it. Unbelievable. We challenged this and they kindly offered to reduce this to around £130. We politely told them where to go and found a local laundrette that provided an immaculate service for less than £10 – which even included the “special tourist prices”.

To add to this bizarre pricing, after we’d got the laundry back, the general manager said they could have done it all for around £15, but unfortunately he forgot to tell us about this amazing 90% discount. Thanks for letting us know matey.