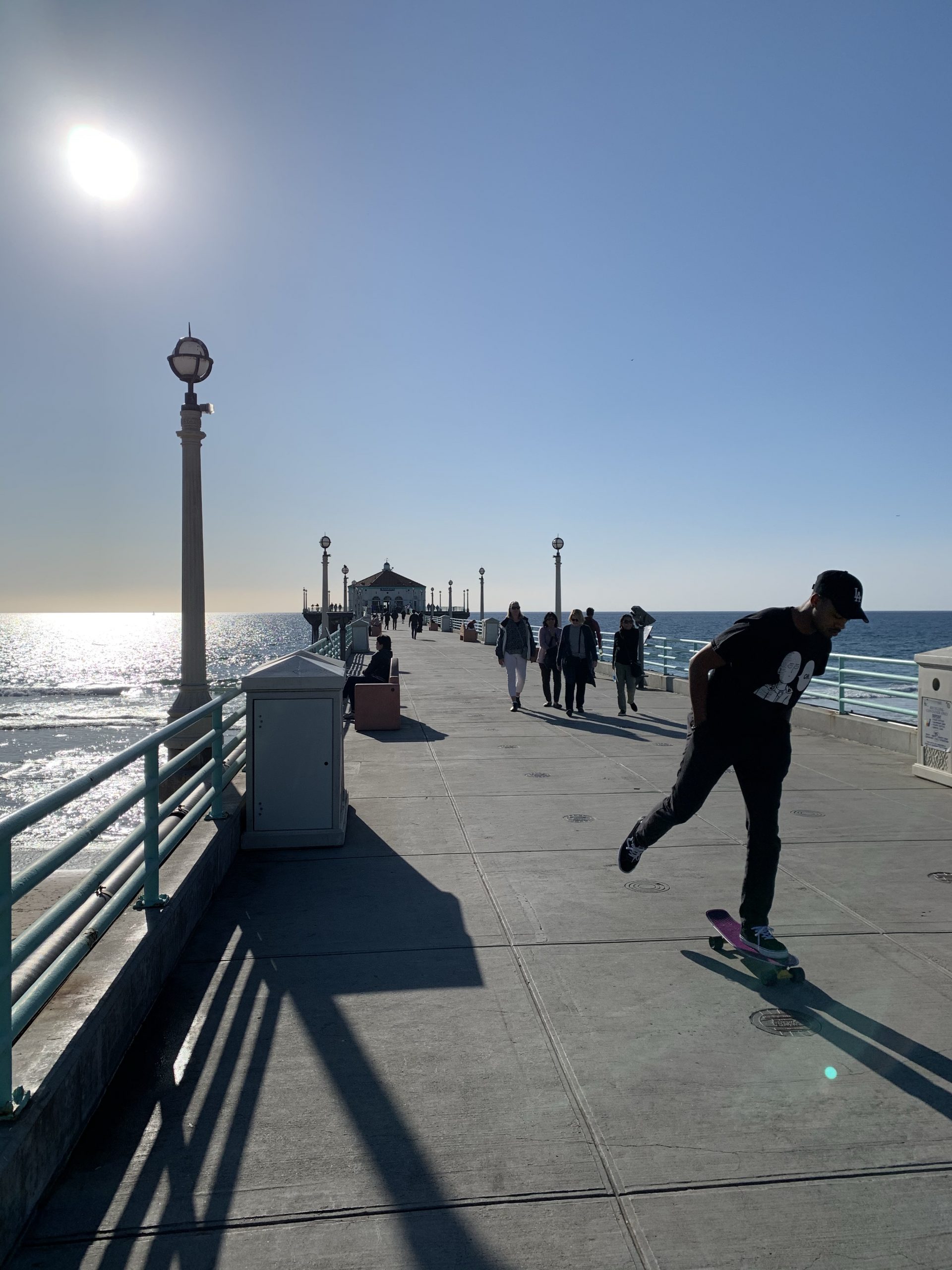 Finally, after days of cloud and rain, the Californian sun showed its face. It’s easy to forget, looking out over miles and miles of concrete, that LA is an ocean city. And so to the seaside we go.

You can tell Manhattan Beach is a wealthy enclave. There’s a shop called Cupcake Couture and the locals can afford to drive around in vintage Beetles that look like they’ve just rolled off the production line. As with most high-priced neighbourhoods, it’s all about location. Near enough to all the bits of LA that you need, but far enough not to have to live with the downsides. Plus, miles and miles of golden sands and a stunning Pacific sunset every night. Not too shabby.

We take a stroll up the pier so that we can really appreciate the sheer scale of the coastline and the open ocean. There’s nothing between here and Shanghai, except to graze the southernmost tip of Japan.

A little building at the end houses an educational aquarium. Here, we’re allowed to touch a sea cucumber and are promised seven years of good luck if one of us kisses it. Who are we to argue with wise old men sharing their knowledge on a seaside pier? Allan obliges. He may never be the same again. 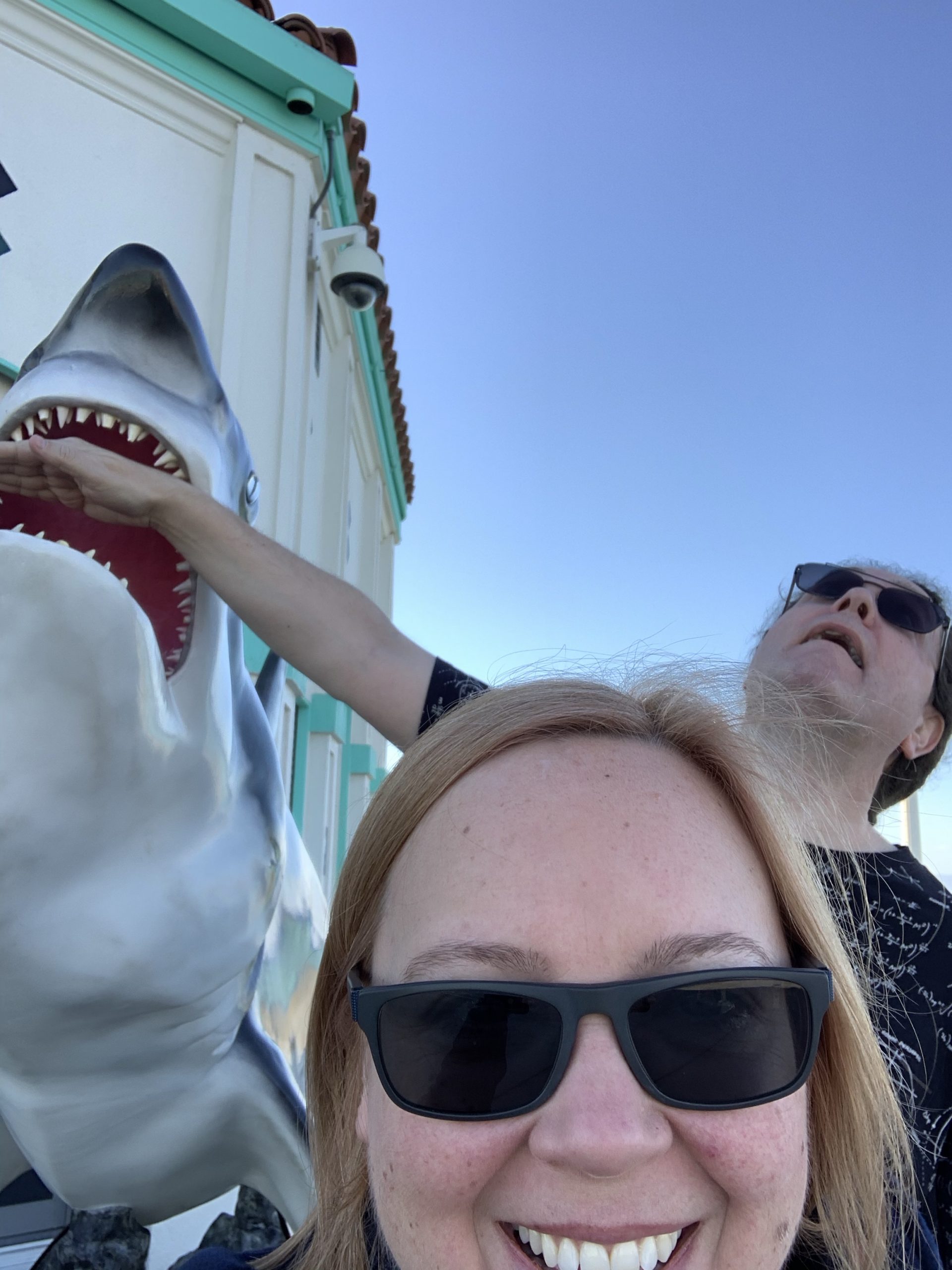