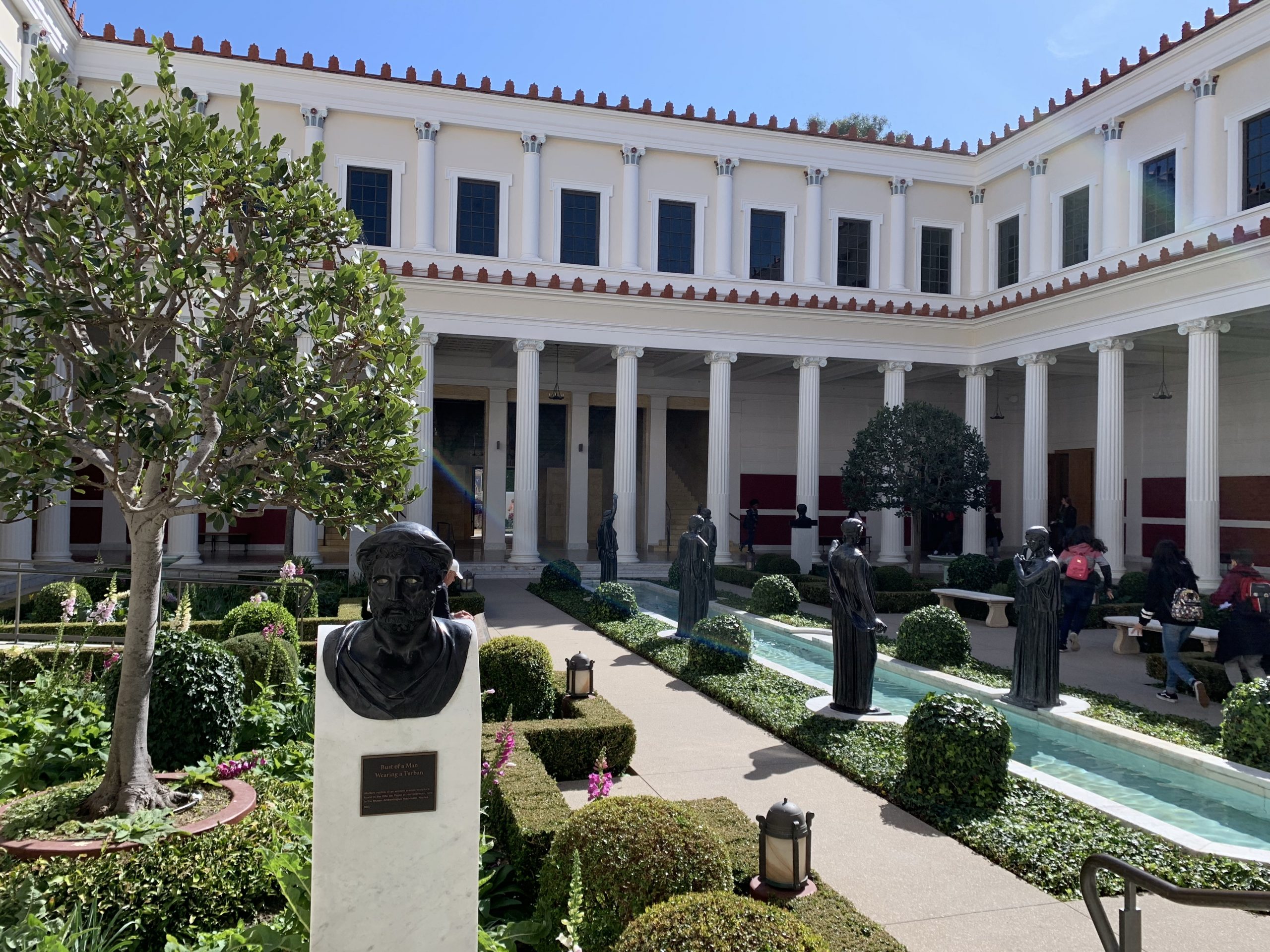 Where does a billionaire with an unrivalled collection of antiquities keep them? Why, he builds an architecturally authentic Roman villa, complete with manicured gardens, olive and pine trees, and its own amphitheater, of course.

The Getty Villa is breathtaking in its scale, location and beauty. What’s inside beats it all. Hands down.

We’ve been lucky enough to see a lot of relics from European and Middle Eastern civilisations: Greek, Roman, Phoenician, Assyrian. We’ve seen them in the places they were uncovered and we’ve seen them in the British Museum (of Stolen Goods). We’ve never seen anything like this. 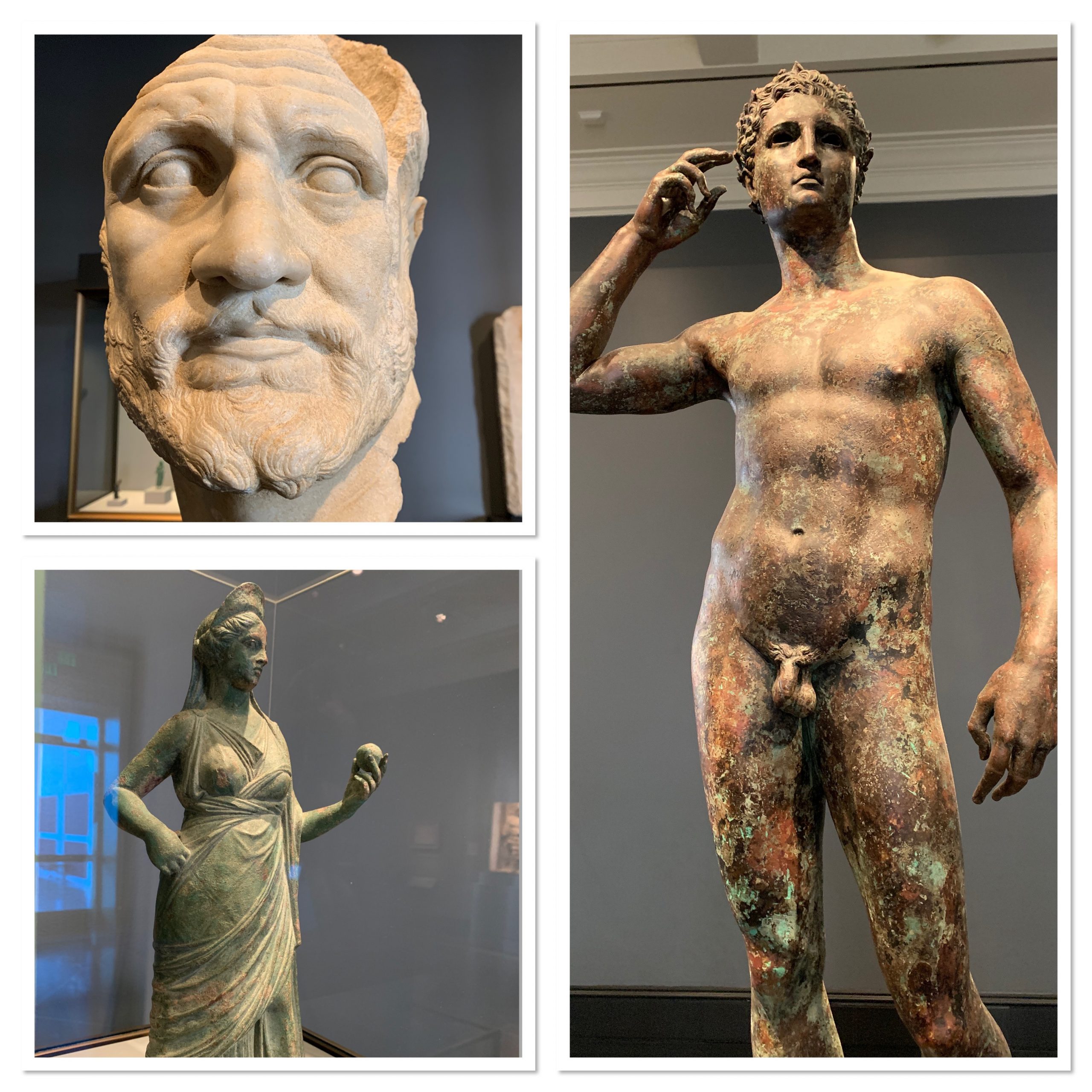 You’re familiar with the general look of such antiquities, right? Statues with missing heads, toes, noses. Pottery shards, faded and cracked. Tiny votive offerings of distorted or worn away figures. The inevitable passage of time does its work on all material objects.

Well, we’ve got news. Those missing noses? Those broken off toes? Not inevitable at all. They are not a necessary characteristic of ancient artefacts, it’s just that the billionaires got the good stuff already. All of the noses are here! 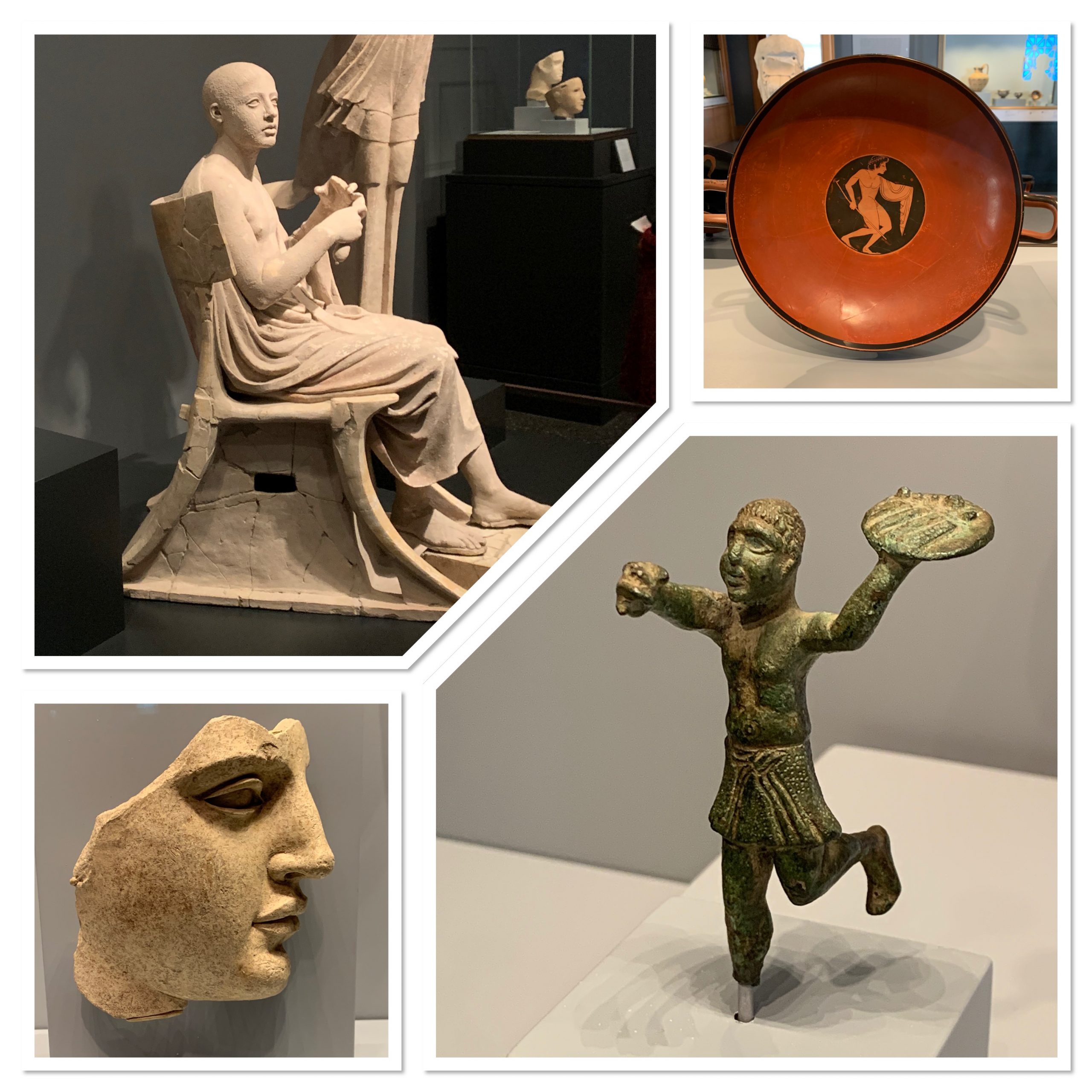 Frankly, we think the photos speak for themselves. We spent a fortune on taxis, but the villa is free to get in.

Short of paying proper taxes, this might be one of the better things a billionaire can do with his money.