We’ve been away from wifi over the past few days, so time to play a little catch-up with our posts.

Speaking of catch-ups, first on our list was a meet-up with Chloe’s old friends from university, Wendy and Ian. They moved to New Zealand over 15 years ago and are now in the process of moving from Christchurch to live in the South near Queenstown. A family trip to Dunedin was organised to coincide with our visit with their two adorable kids, Joe and Jamie.

We met up in the Portobello pub. It’s been around 25 years since Chloe has seen Wendy and Ian and it just like it was yesterday. To the casual observer, we look 25 years older but, weirdly, we all just see each other – the ‘us’ of 1990 is still our main image. If only everyone saw us like that!

We all relocated to the number one Dunedin eatery, handily located in our village of Portobello, the wonderful 1908 restaurant. Best food of the holiday, great wine and even better company. 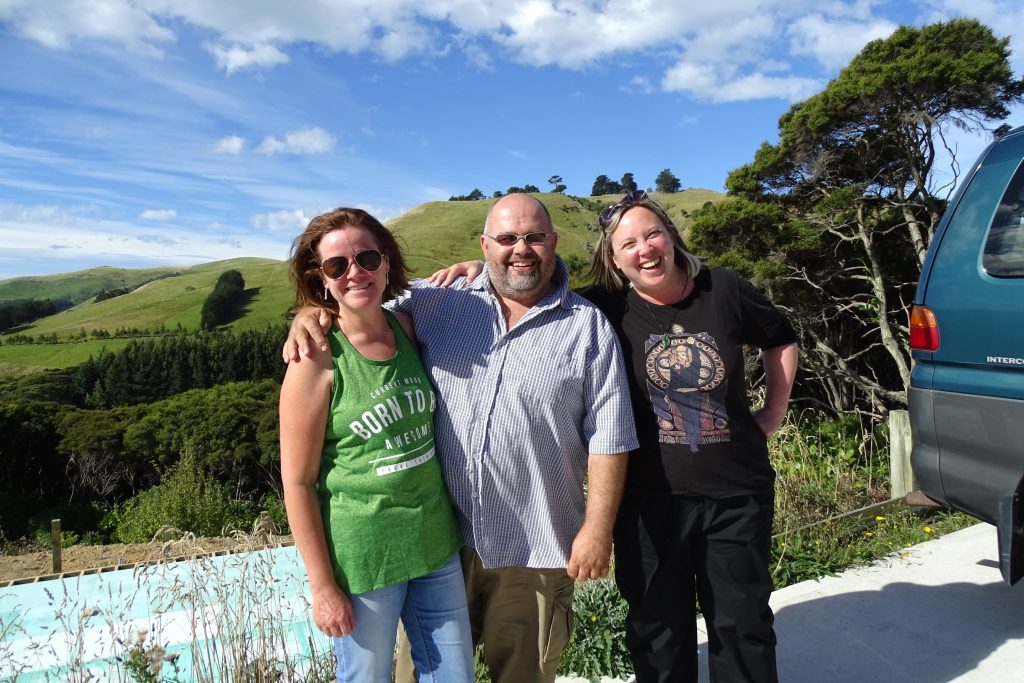 We’ve learned very quickly that you can only trust the weather forecast in New Zealand about 30 minutes before you go out. Would Monday be cloudy, foggy or sunny? Luckily, we got ‘mostly sunny’, so we all piled into the family van and headed up the coast for the Monarch two-hour boat cruise where we, once again, were wowed with the scenery and the wildlife. We saw sea lions, masses of gannets, three sorts of Albatross (including the world’s largest, the Royal Southern, and one just sitting around on the sea without a care in the world). Even a slightly lonesome and very rare blue penguin was spotted, floating about attending to his moulting plumage, thanks to Joe.

We can fully recommend Monarch Wildlife Cruises. The captain expertly piloted us around the peninsula’s wildlife, somehow avoiding any rough seas and his commentary was full of humour including the top tip of “remember people, do shut your mouths when looking up, there’s a lot of big sea birds flying around!”. And he had a proper magnificent sea-faring pirate beard, as we believe all captains should. 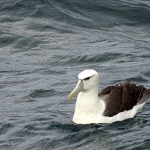 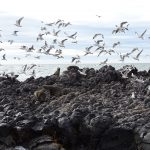 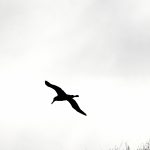 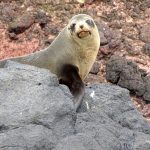 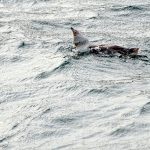 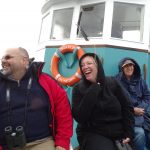 After lunch, we had a drive into Dunedin stocking up on Jaffas (small red candy coated chocolate balls) and Maltesers. And onward to the steepest street in the world – Baldwin Street – officially 1:286, so for every 2.86m travelled we go up by 1 metre. Crikey. Possibly the most impressive thing we saw was the rubbish and recycling vans come and go down the hill whilst we were there. Oh, and Ian’s 4×4 car getting up to the top with all of us in it.

And this is why we bought the Jaffas. From the top, the task is to roll them down the hill and try to avoid hitting people on the way down. There’s a festival later in the year where thousands are sent down in a far more spectacular show. Just wonder what people the residents think about finding various confectionary in their gardens every day, but, hey, they must be used to it by now.

A great couple of days, it was lovely to see Wendy and Ian again (and for the first time for Allan) and to meet the kids. It was so nice of them to give up their valuable family time to spend it with us. As Wendy said, we better not leave it another 25 years, as we’ll all be 70 and we definitely wouldn’t be able to make it up Baldwin Street then…. 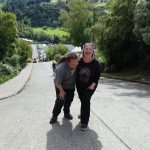 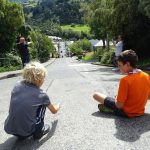 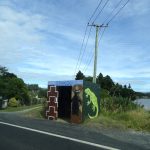