Our trusted tuk-tuk driver suggested a visit to Mihintale, a short 15km ride from the centre of Anuradhapura. Allan jumps at the chance of another trip, Chloe sensibly stays in the hotel and avoids more numerous steps.

Mihintale is cradle of Buddhism in Sri Lanka ever since the King was converted here by an Indian missionary in 3rd century BC. Like most major historic sights here, it is still very much used and has many processions and religious events throughout the year.

On the way, we pass many different ruins and get a scale of the massive amount of history about this area. Old stupas are everywhere along the main road and a short detour stops at an old ruined monastery with banyan trees that simply defy belief as much as my fashion homage to MC Hammer. It is leafy, green, peaceful and everything that downtown Anuradhapura isn’t.

Arrival at Mihintale and I read there are 1840 steps to the top. Apparently, it is the done thing that if you lose count you must go back down to the bottom and start again. Fortunately the tuk-tuk driver cunningly goes to the car park halfway up, so barely 900 steps up although I’m sure I counted only 867. 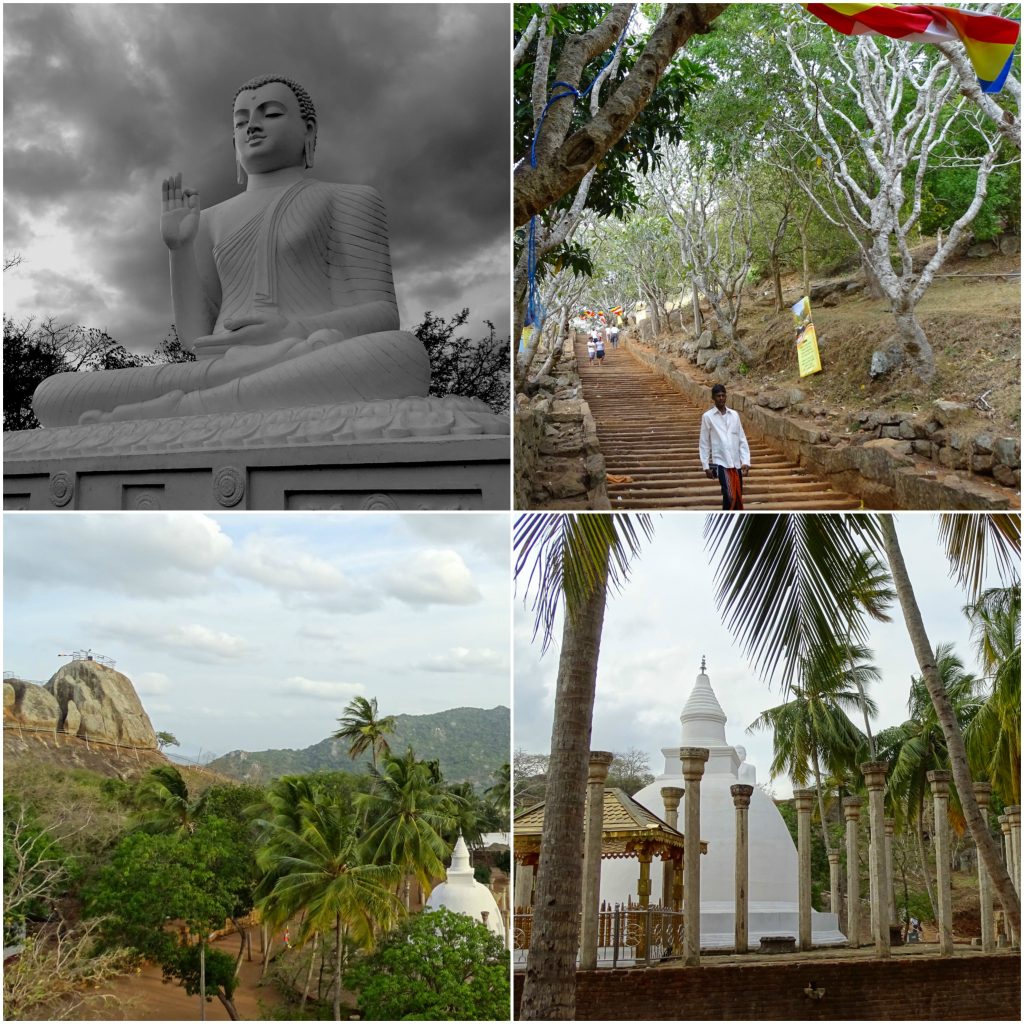 After the steps, I reached a plateau with a working monastery, statues and multi-coloured flags and there are three further small peaks to choose from. One has a white domed stupa (obviously for around here!), one has a huge Buddha statue and one is barely a rock with a scramble up and a viewing platform at the top. I only go to two of them, especially as it’s a windy day and that platform looks pretty damn precarious.

The views are great, the Buddha is impressive and the Stupa is gleaming. However, for such a sacred site there is disappointingly a lot of rubbish around including the ubiquitous discarded carrier bags, plastic water bottles and fag butts. Come on everyone, have a little respect for the site, the history and the environment.