Second sporting event arrives on the same afternoon as the Archery. Watching the men’s road race at Putney a few kilometers from the end, surely no-one had the same idea as Allan? Erm, yes, it was rammed but managed to get a front row view. This consisted of waiting around for over half an hour, seeing two groups whizzing by in barely 5 seconds, plus a couple of stragglers and waiting over half an hour to cross the road back to Putney station. Loved it – except for the Brits not winning at the end.

Photos below, including one that has the eventual winner: Kazakh, Alexandre Vinokourov, is in second place on the last photo on this post. After the mess-up of the Korean flags in the football, let’s hope they didn’t play the Borat version of the Kazakh national anthem. 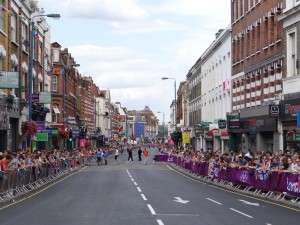 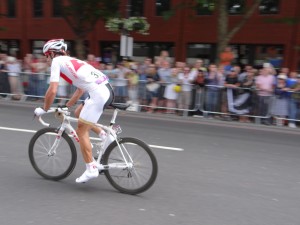 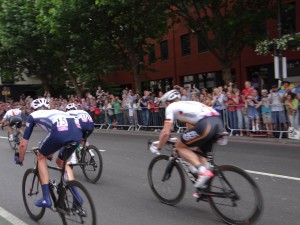 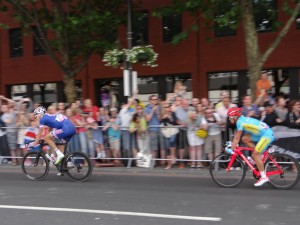