It’s birthday time for Hardcow so we decide to start our big temple (wat) visits today. Deciding that a 4.30am start to see Angkor Wat at sunrise is just too early, we opt for a more leisurely 7.30am pick up by our enigmatically named tuk-tuk driver “Z”.

To quote our January 2011 entry – For those who don’t know, Angkor is the old capital of this whole region of SE Asia, covering an area of over 1000 sqkm. It contains over 100 old temples all built between the 9th and 13th centuries. Apparently, it was the largest pre-industrial city in the world. All this is pre-empting us saying, it’s big, very big.

First up is Angkor Wat. It is the national symbol of Cambodia and Angkor appears on everything, either by name or outline of the towers, including the national flag, beer and almost every guesthouse or hotel name for miles around.

We loved the dramatic entrance on a new floating and slightly bouncy bridge over the 50m wide moat. This is a very recent addition and is there to protect the old original stone bridge. At 8am it was busy, but not as bad as we dreaded. Even though we saw it six years ago, what a great way to start the day. The rain is non-existent – a bonus considering what the weather has been doing in the past few days. 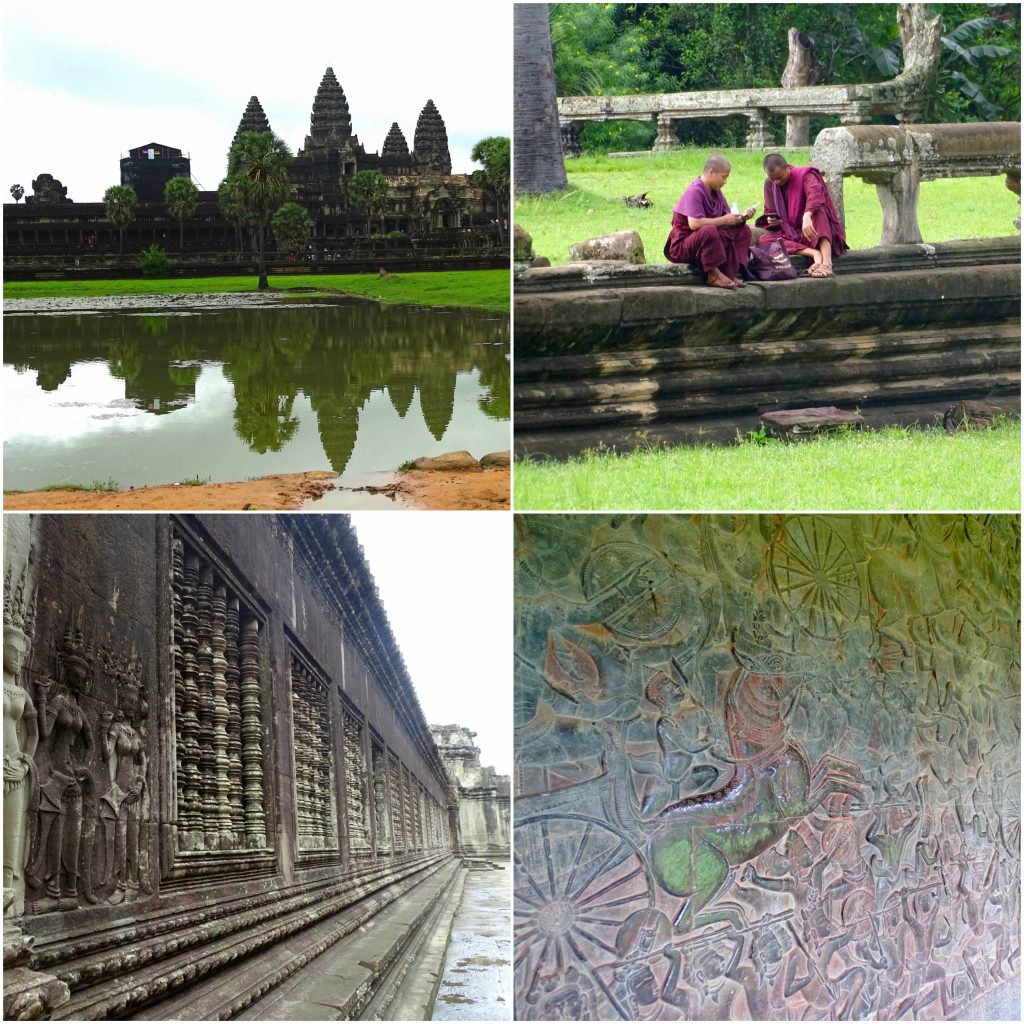 Next, on to the vast area of Angkor Thom. On first look at The Bayon (main temple), it is just ruined stonework. Then you look closer. Fine carvings, more intricate carvings and big displays such as the huge faces (in the picture below) all appear. We also see something new, a small temple with a huge stone 300m entrance walkway. To finish, we visit our favourite structures from our last trip – a scattering of buildings that look the Weasley family house in Harry Potter. There are dark clouds looming, but rain is still just about holding off. 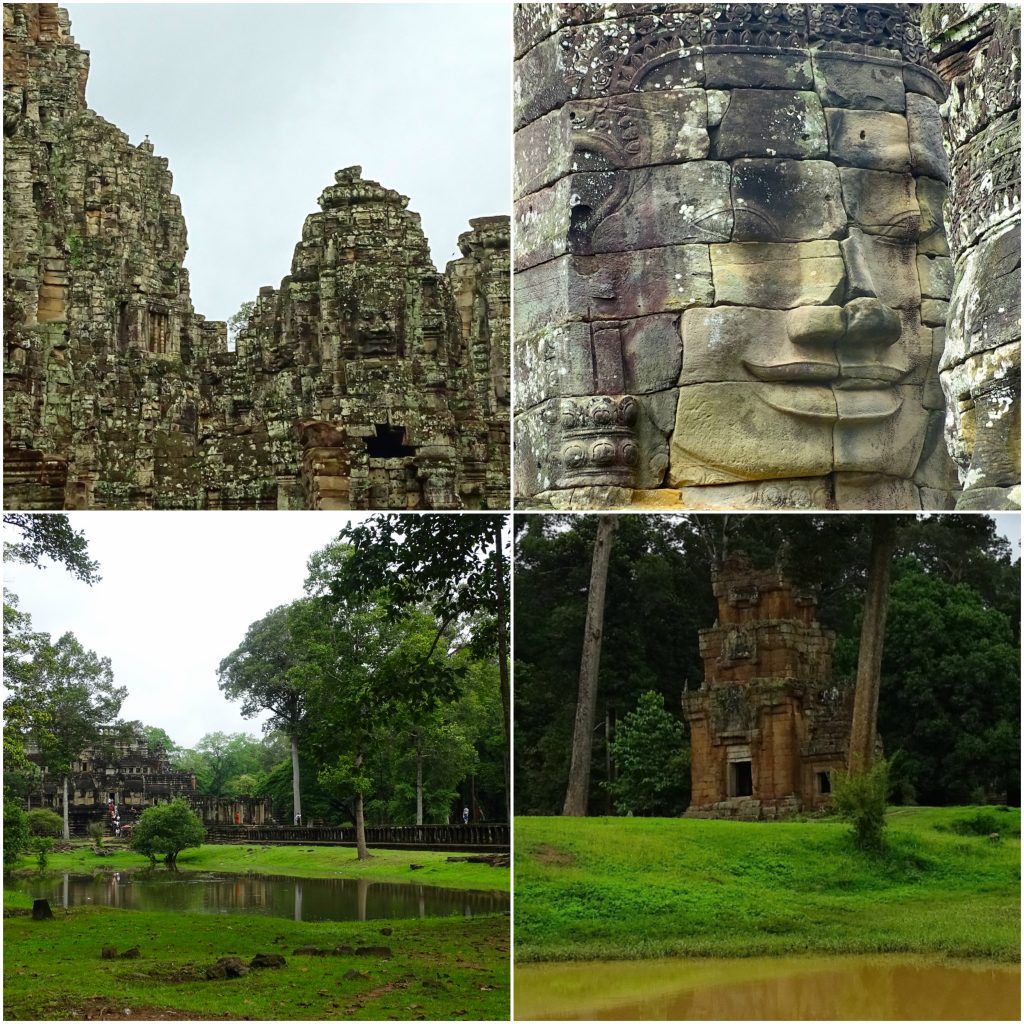 Our final temple is the famous Ta Prohm. Although famous for the Tomb Raider film, we think it is very much Indiana Jones. Last time it was just us and our guide and the sound of birdsong and silence. This time there were a few groups of over 20, all chattering away and their guides speaking very loudly.

Fortunately, Ta Prohm is a maze of corridors, nooks and crannies that allow us to escape to quiet parts with ease. We see a far greener Temple than last time; the rocks covered with moss, leaves on trees – it was if we were wearing green-tinted glasses. Ta Prohm is still massively overgrown with vegetation, but the authorities here are also re-building parts of it like huge jigsaw puzzles. It truly is special place – even with amount of visitors. Rain has started, but barely a drizzle.

We arrive home at around midday feeling very hot and sweaty from the very high humidity, but happy that the rain hasn’t stopped us and the temples weren’t too busy.

Half an hour later, it absolutely throws it down, but that doesn’t spoil a lovely birthday with prezzies being opened, family video messages being played and phone calls back to the UK.