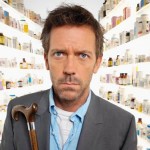 We arrived in our last new place yesterday with the shortest flight of the holiday. It took a mere 25 minutes to get to Penang from Langkawi. The Air Asia flight left 20 minutes early, so it nearly arrived before it was due to leave. Not too sure what would have happened if that had occurred, the space time continuum probably would have transported us back to 8 October; we would still have money in the bank, still would be single and still have nearly 6 months’ holiday to look forward to.

Explored a little of the very historic capital today by visiting the Penang State Museum, which gave us an insight into this strategically important island. It also showed us a little of what life was like for our neighbour, Robert, who spent a lot of time in Penang a few decades ago. 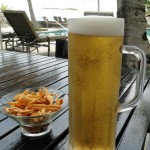 After this cultural episode, there was only one thing for it, a drink and snacks at the Eastern and Oriental Hotel. Previously famous for its Raffles-like architecture (actually Raffles was build later as a sister hotel) and guests including Rudyard Kipling, Noel Coward etc, it will now be famous for our most expensive beer of the holiday – £11 for 1 1/2 pints – but in the hot midday sun, the beer was very cold and welcome.

OK, now for what could be our last quiz question of the holiday: what is the connection between House MD i.e. the esteemed actor/writer/musical genius/previous comedy partner of Stephen Fry – and the city we visited today?

Answers win a prize of a pint of the fizzy at the Eastern and Oriental (flights, taxes, transport, service charges and government taxes not included).