The fantastic steeplechase which beat Allan’s previous rule of “Don’t bet against the Ethiopian” when the Russian woman won and preceded to do the fastest lap of honour we have ever seen. The 19 year old Grenadian superstar Kirani James, who won the 400m final thrilled the Grenadian supporter behind us and we also found out what 80,000 people saying “aaaarrrrrr” sounded like when the 400m hurdle winner, Felix Sanchez, sobbed uncontrollably when presented with the gold medal.

And, to top off a great night, we saw Usain Bolt presented with his gold medal! 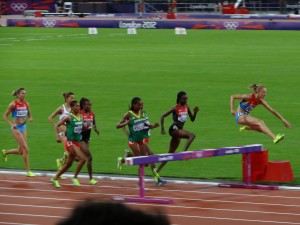 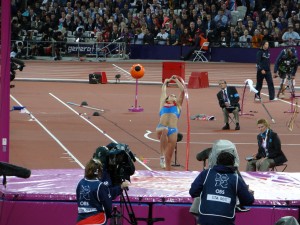 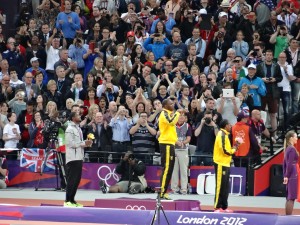 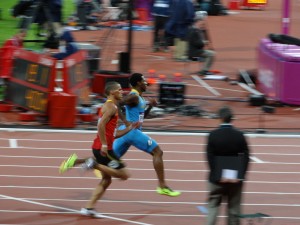